In the frequency domain, periodic signals have harmonic structure: they contain energy only at multiples of their fundamental frequency.

Voice sounds different from unvoiced sounds, has repeating pattern, in periodicity. So, the peak of the sound in the frequency domain is clear to observe. 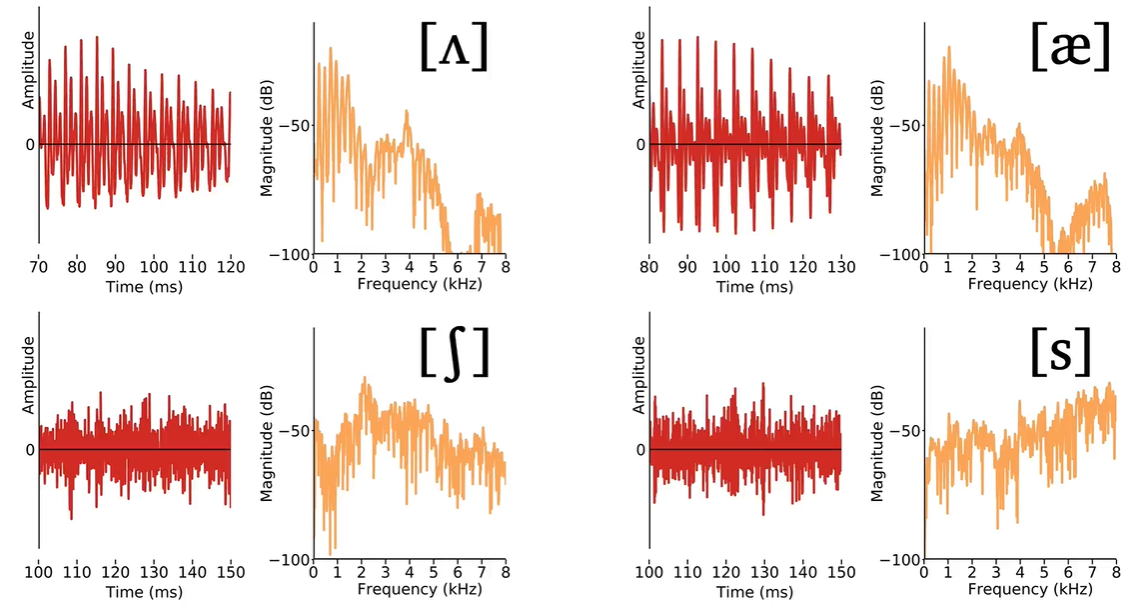 An impulse train is the simplest periodic signal that has energy at all multiples of its fundamental frequency (and energy are evenly distributed). 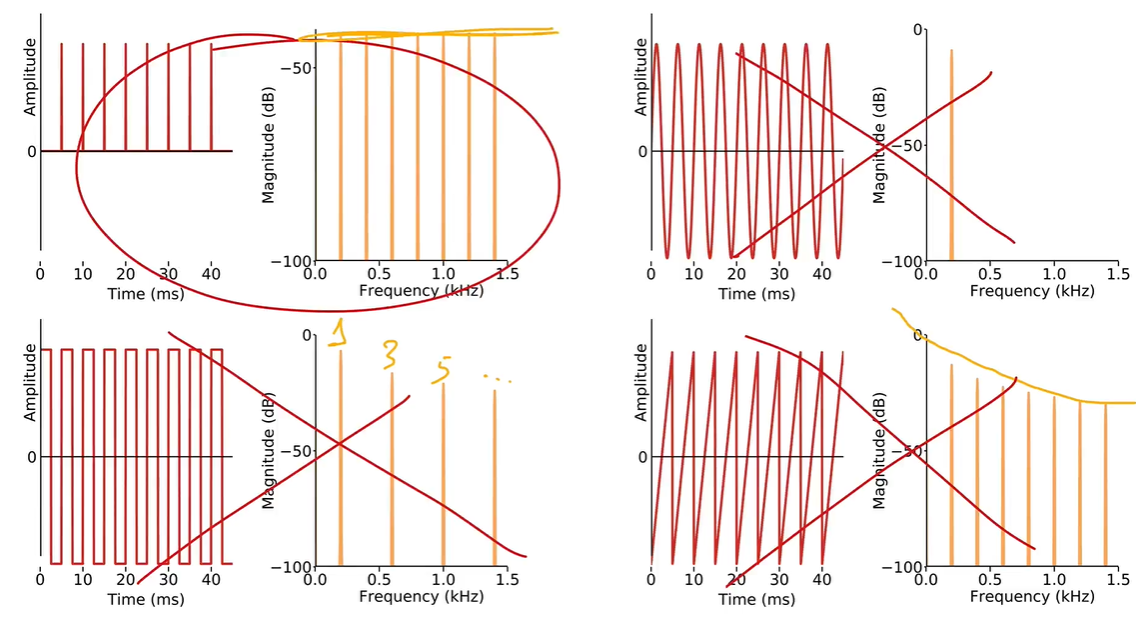 Varying the shape of the spectral envelope is the primary means by which a speaker transmits a linguistic message to a listener.

Spectral envelope: The region under the curve in frequency domain. 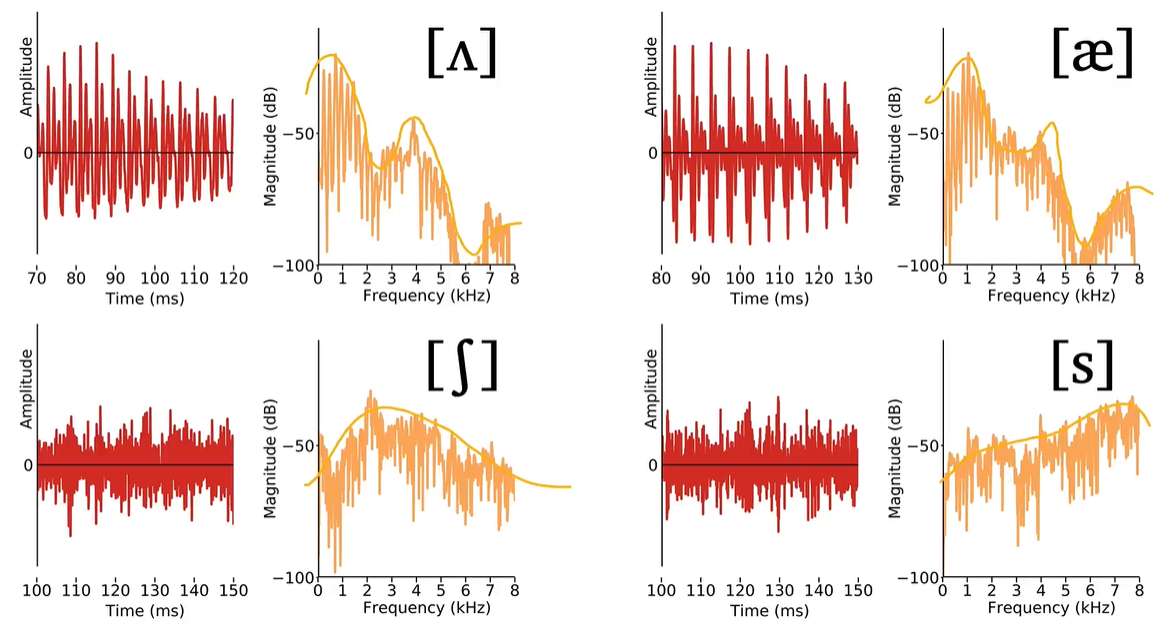 The understand how the vocal tract modifies sound, we need to start with the concept of resonance.

A: increases the bandwidth of the frequency response. Increased damping won’t increase gain (i.e., boosting of amplitude) as increased damping means the vibration of an object fades away sooner (i.e. loses amplitude), so we can rule out that answer. Bandwidth refers to the width of the frequency response curve (see M4: Vocal tract resonance and formants). A decreased bandwidth would indicate that less frequencies around the resonance frequency are boosted (and thus consume energy). This sort of narrow bandwidth is what allows a tuning fork to ring for a long time. An increased bandwidth means that more frequencies get boosted around the resonant frequency. This is associated with a lower peak amplitude (as the energy is spread across a bigger band of frequencies). This is consistent with increased damping: energy is spread over more frequencies so the oscillations due to resonance die out quicker. (M4: Vocal tract resonance and formants, Wayland Chapter 6: Damping. This is a very challenging question!)

A speaker can vary their vocal tract shape to change its resonant frequencies, and therefore the spectral envelope of the speech they are producing.

The peak is called formant, properties for the vocal tract, and $F_1$ is the first format and $F_2$ is the second formant. 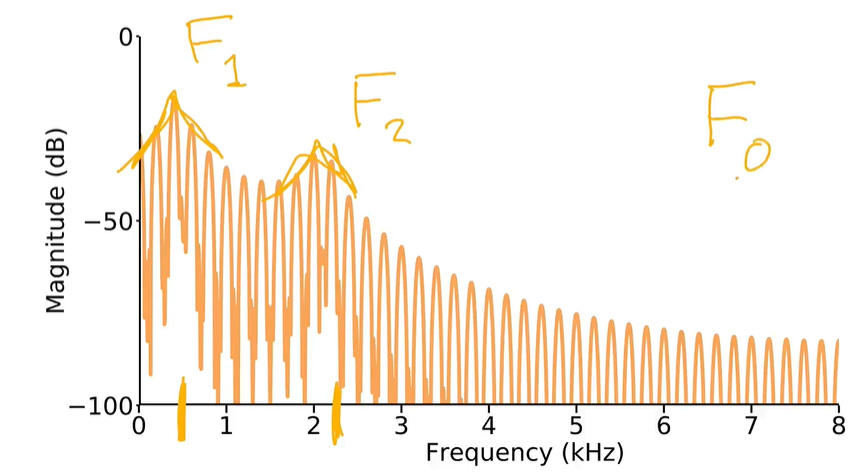 Filter is something map from input domain $X$ to output domain $Y$, like a function in mathematics. 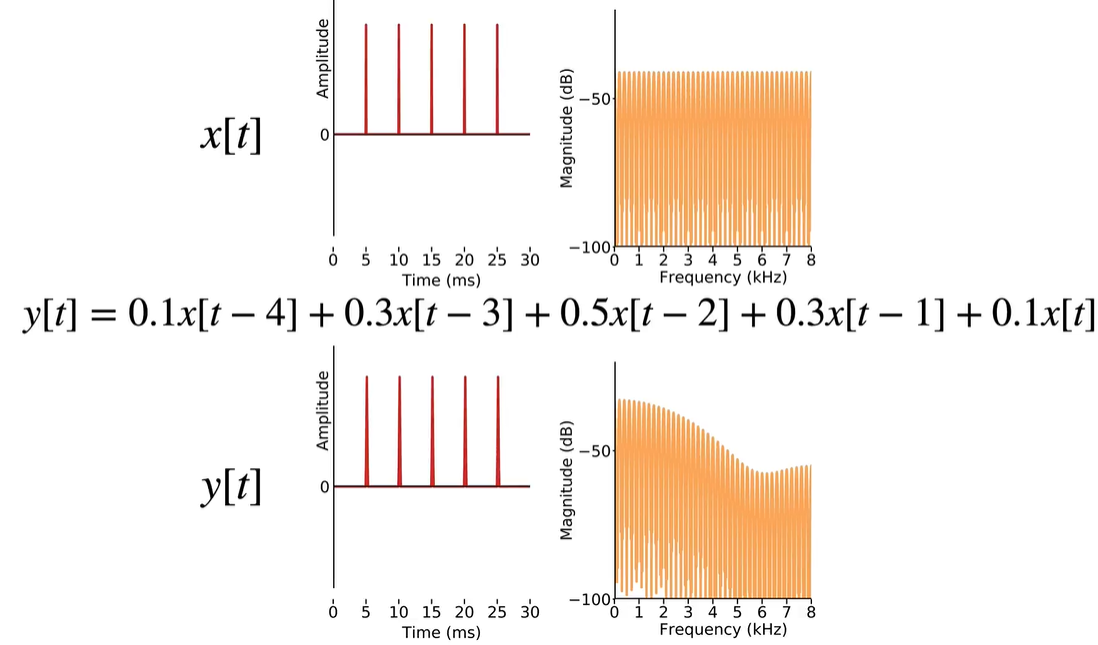 If we want to characterise a filter in the time domain, we need to know its impulse response.

How the filter response to the impulse.

Finally, we arrive at a complete model of speech signals that can generate any speech sound.

We find the impulse response/frequency response of the original sounds

The source-filter model brings together our understanding of speech signals, speech production, and phonetics. It can generate any speech sound: any phoneme. 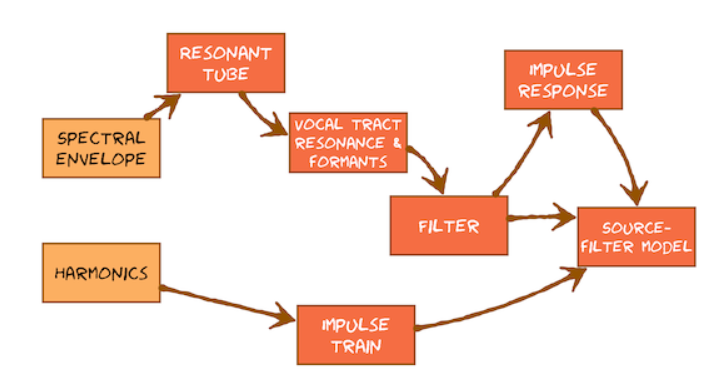