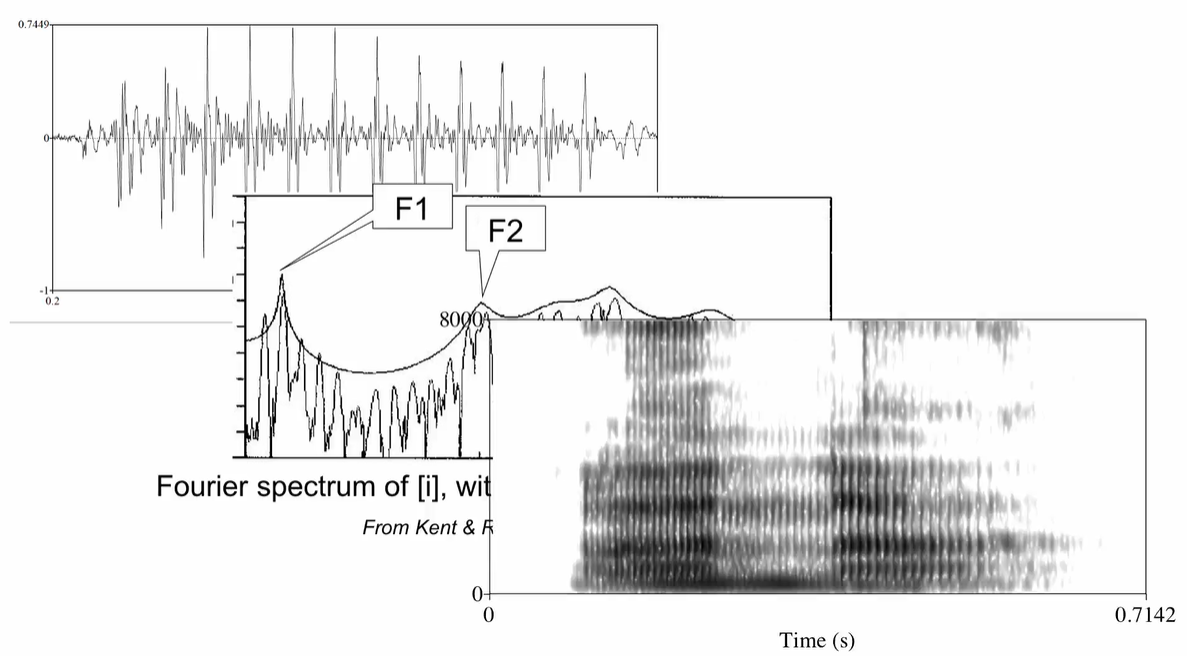 The waveform and a definition of the fundamental period. 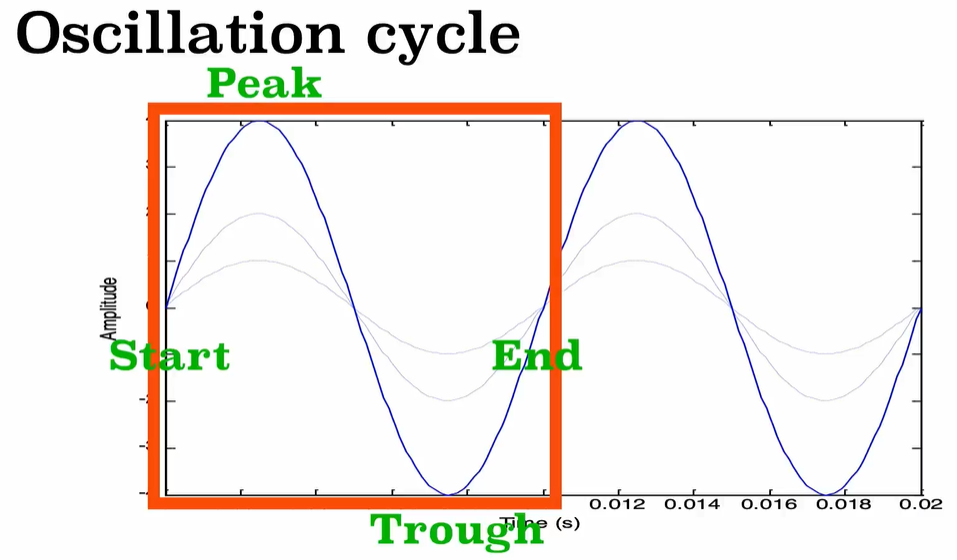 Fundamental period is the lowest frequency of a vibration object. 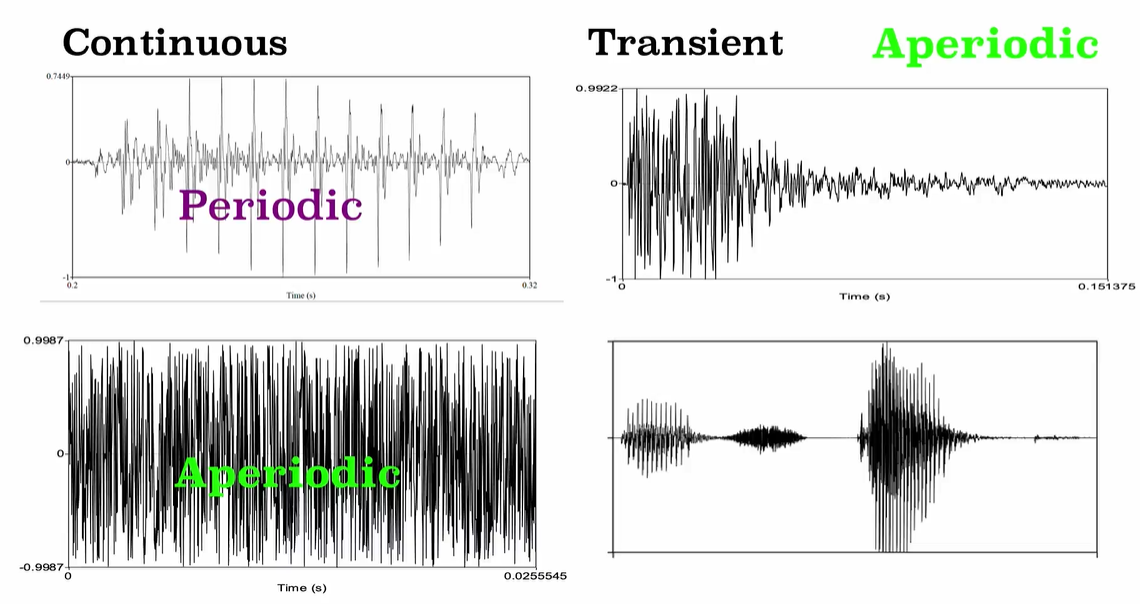 The spectrum, its spectral envelope, and harmonics (Frequency components of a complex periodic sound, peaks in spectrum, $H_1$ has the same frequency value to $F_0$, every $H$ is multiple of $H_1$), and formant.

A 3-dimensional figure plotting amount of energy against both frequency and time. 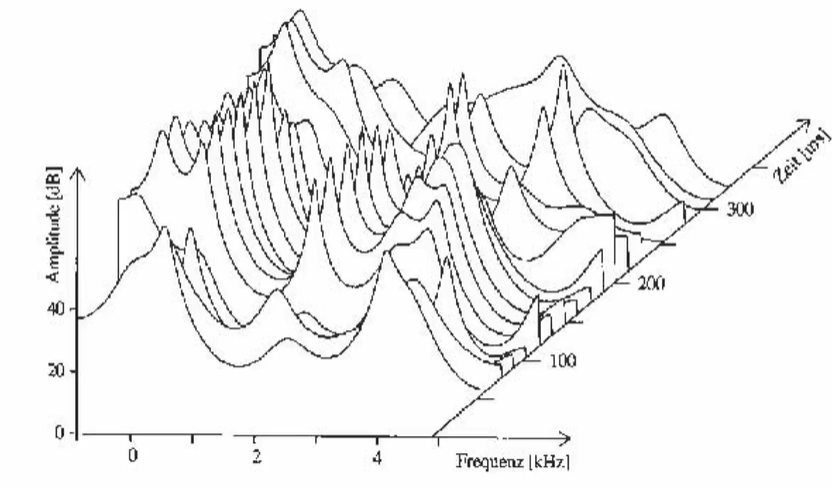 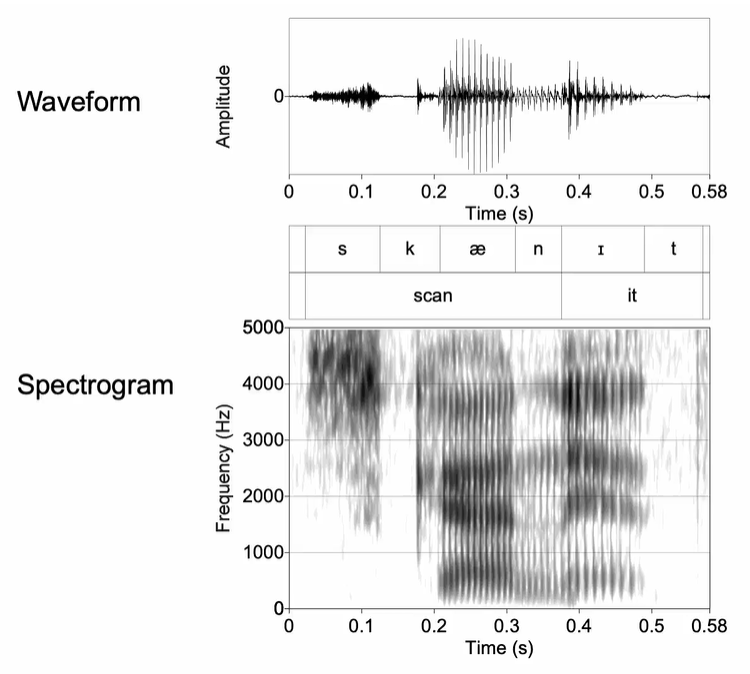 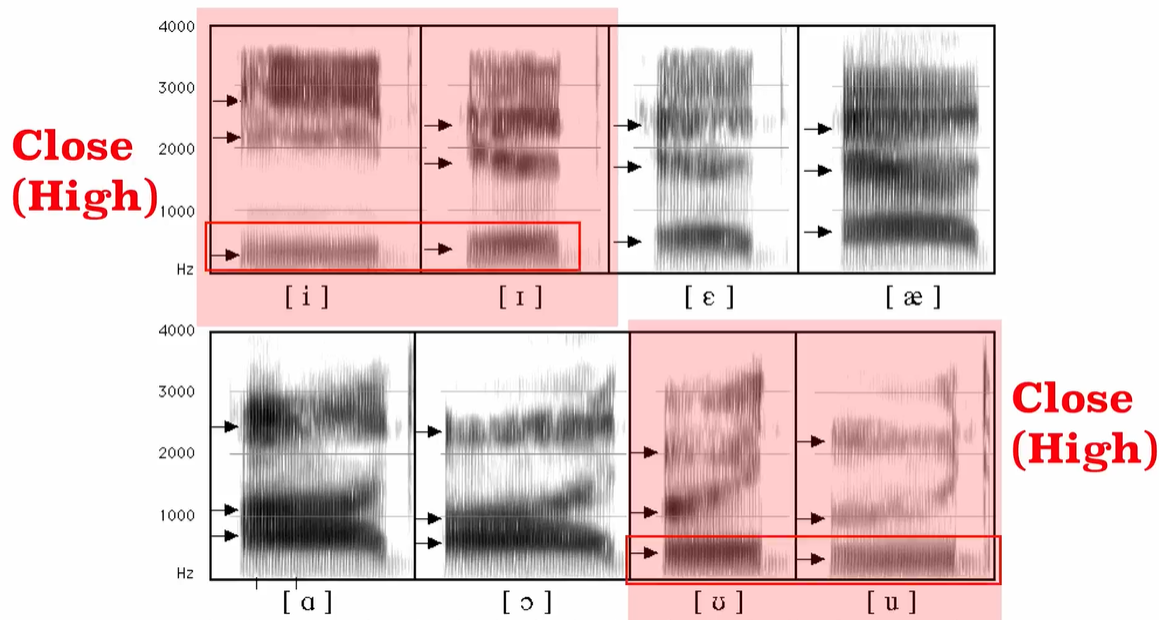 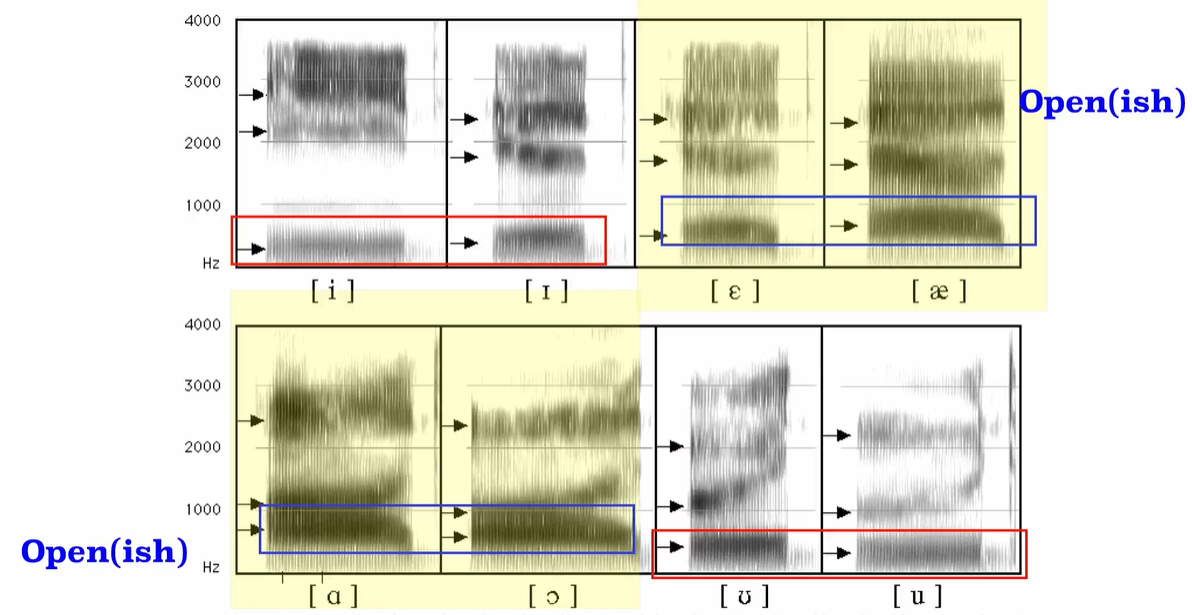 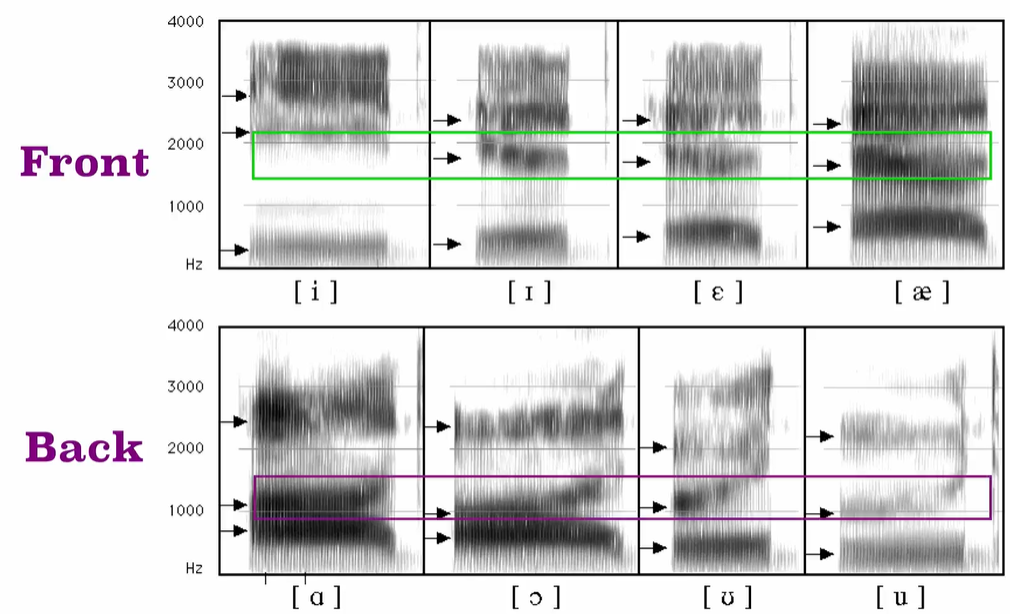 Also the space between $F_1F_2$ is directly related to vowel advancement 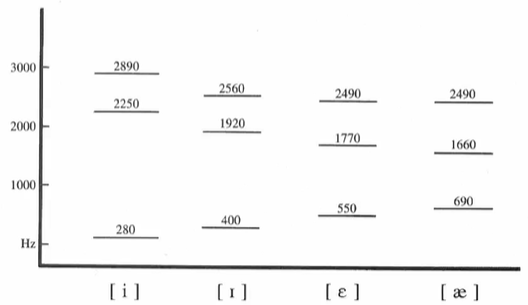 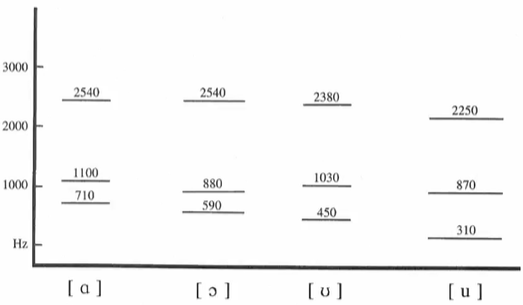 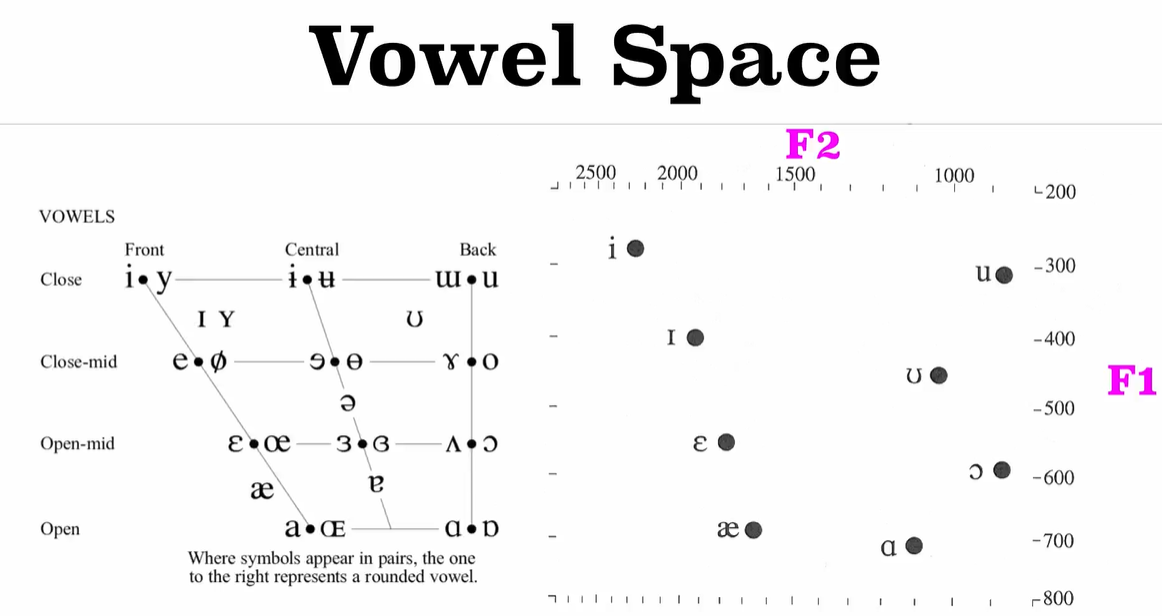 Consonants are a diverse set of speech sounds ranging from vowel-like approximants to complete closure of the vocal tract with silence.

Sonorants: Speech sounds produced with a continuous and non-turbulent airflow. They are voiced and louder than other consonants. These include vowels, nasals, liquids, and glides

Obstruents: Consonants produced with a complete or near-complete obstruction of airflow through the vocal tract. These include plosives, fricatives, and affricates 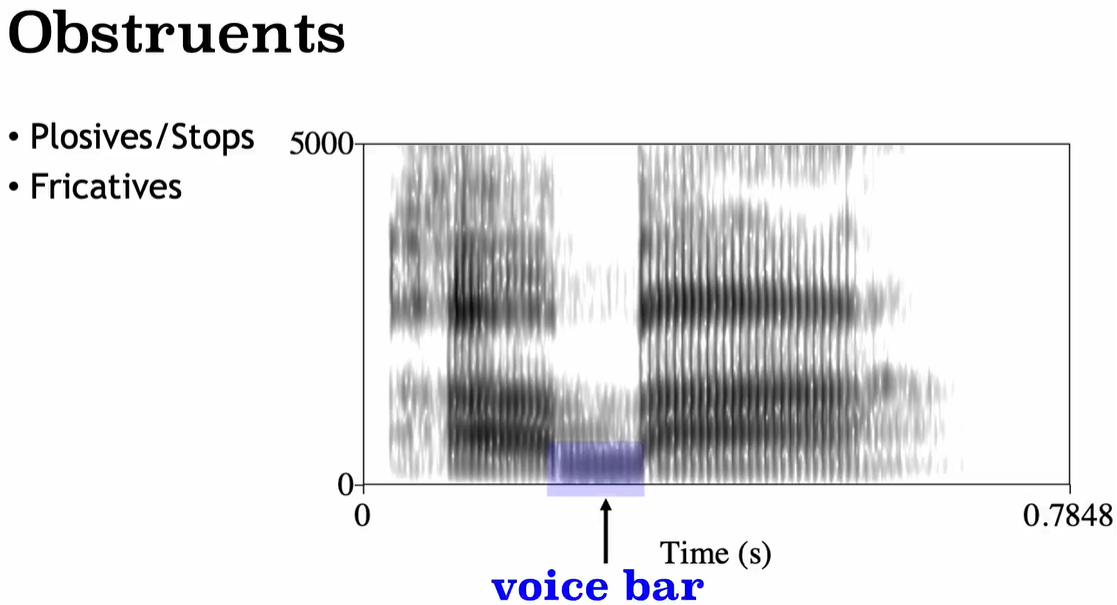 The terms “voiced” and “voiceless” are used indicate whether the vocal folds are vibrating, but these terms do not tell us much about when those vibrations occur, relative to other events.

Voice onset time (VOT) is a feature of the production of stop consonants. It is defined as the length of time that passes between the release of a stop consonant and the onset of voicing, the vibration of the vocal folds, or, according to other authors, periodicity. 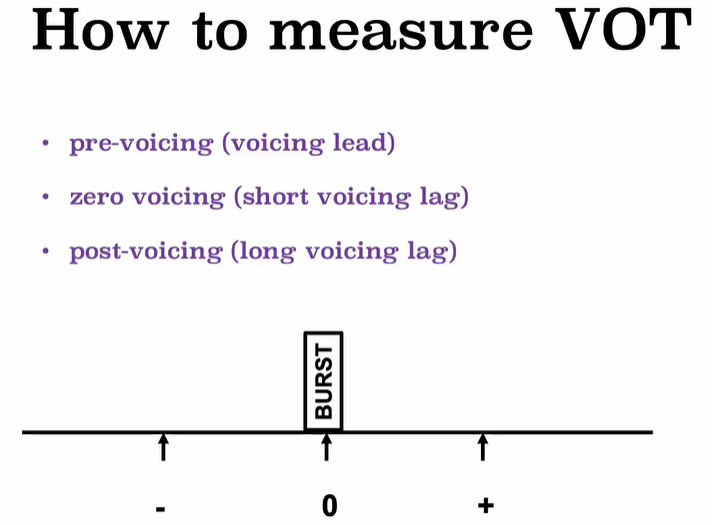 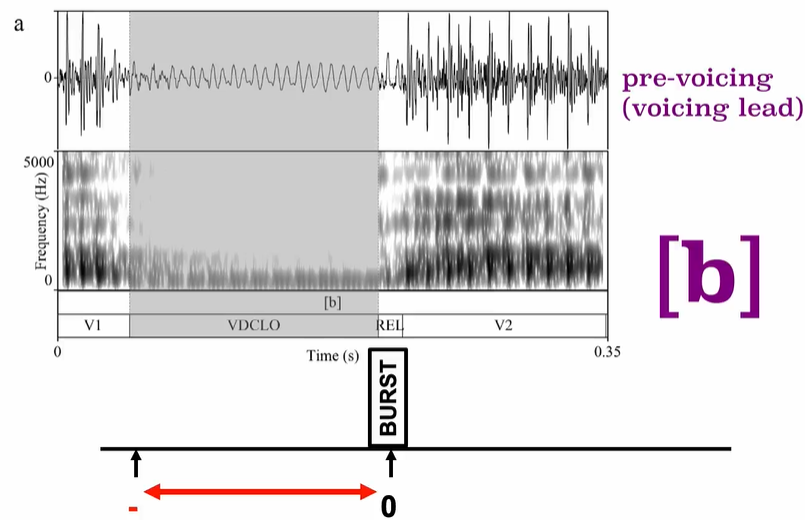 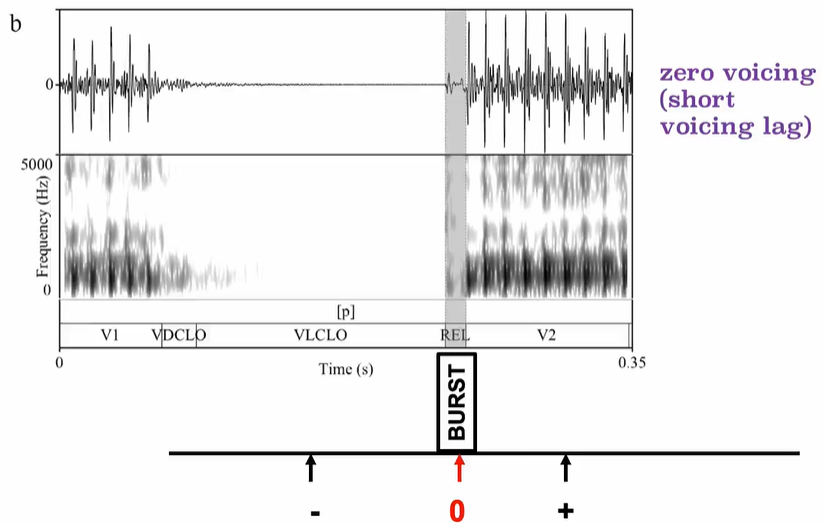 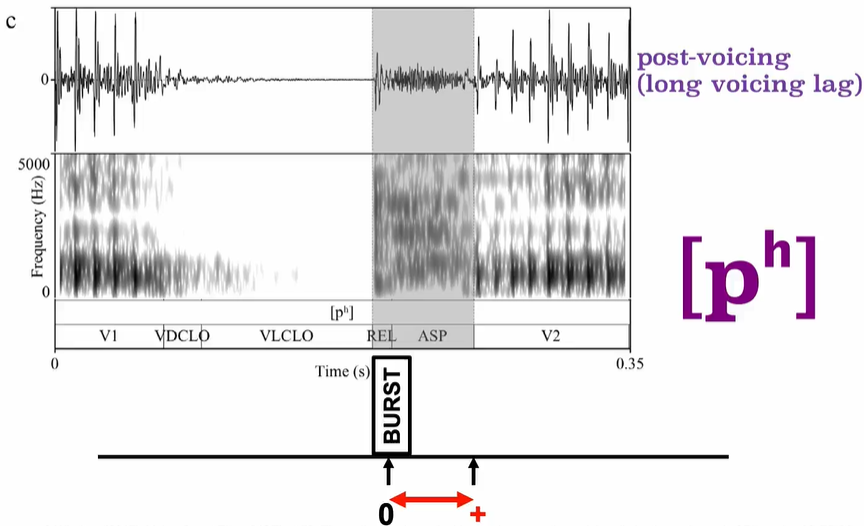 Variability in the acoustic vowel space as well as the relationship of it to inventories of contrastive vowel sounds in languages. 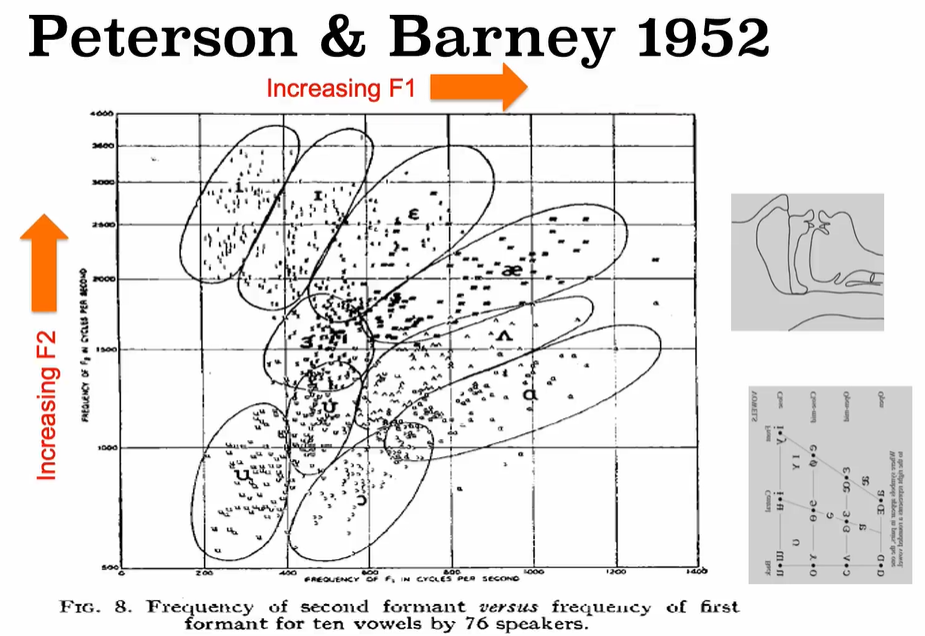 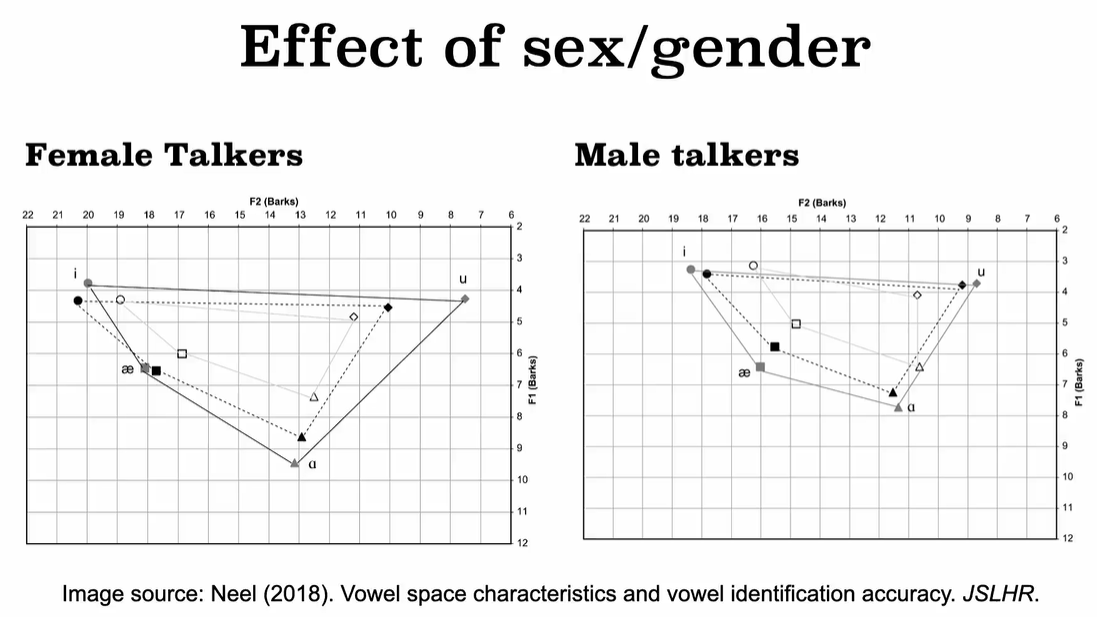